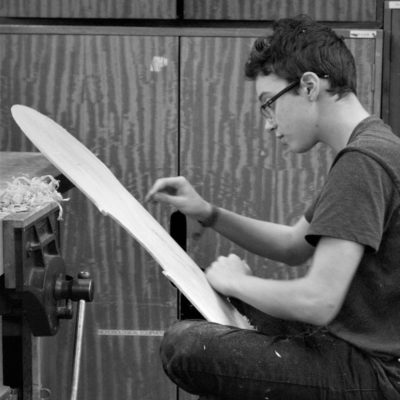 “Spending three days in London in the workshop of Lorraine Bitaud was a real pleasure, and an intense learning experience. Before, scroll carving was my least favourite part of the violin making process. It would take me weeks to make one, because I would continually procrastinate. I was frustrated by the shapes I was making, and didn’t know how to fix them. Three days of solid scroll carving was a bit daunting…

Of the many things I discovered through Lorraine, a couple stuck out. Drawing the scroll onto squared tracing paper before carving, and poking this through onto the block rather than making holes in the plastic scroll template was a complete revelation. Drawing the scroll beforehand gave a much better idea of what I was aiming for in the end, and where to adjust or fix the lines when they were not ideal. 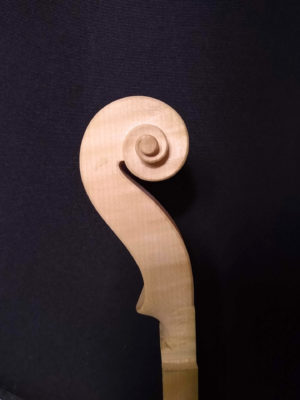 Practicing this process with pencil and rubber made it easier to see how the shapes changed when moving different lines, and following through into the carving, I was able to be more confident in my decision making. 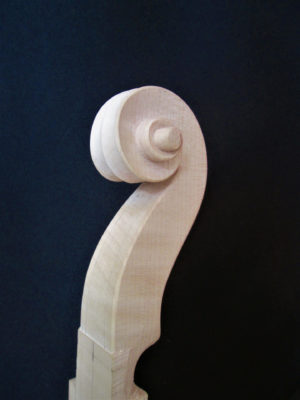 With Lorraine we carved the first scroll I have been pleased with, and to do so in only three days has been a wonderful change, and has given me so much confidence going forwards (particularly with the test looming at the end of this year)! I have since started another scroll for a viola that has a finished box without a scroll for 6 months, what a relief! Thanks so much to Lorraine for having me, and to the RAB Trust for making it possible.”