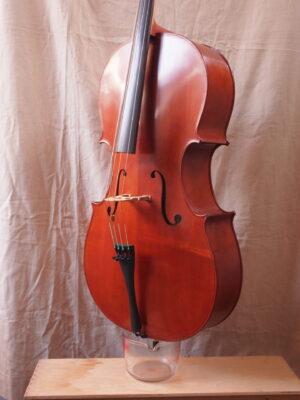 The RAB Trust is delighted to have been given a cello made by the founder of the Newark School of Violin Making, Maurice Bouette. This is a generous donation from his family.

Maurice made the cello in 1965, while he was still living in London. It had been completely finished – you can tell that a bridge has been on it – but he must have been dissatisfied with the varnish, which had been stripped. The cello languished for years, latterly in the loft of his son Martin. A big sort-out followed Martin’s untimely death in 2017 and the cello came the way of the RAB Chair, Helen Michetschläger who has varnished it and set it up.

The sound is good; even, well-balanced, with a 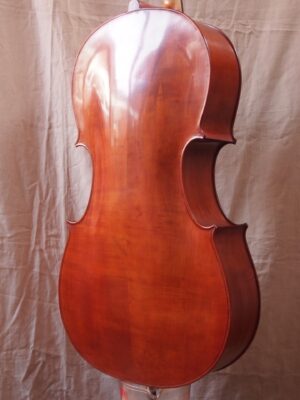 lovely warmth and clarity all the way up the A string; focussed and responsive on the C. It would make a great instrument for a talented teenager or a serious amateur.

The cello was sold in April 2022. The entire sale price was donated to the Trust, and we like to think that Maurice would have been delighted that his work will help support the next generation of violin makers, many of whom are students at the school he founded.